The World Press Photo of the Year

The World Press Photo of the Year honours the photographer whose visual creativity and skills made a picture that captures or represents an event or issue of great journalistic importance in the last year.

The jury, chaired by Magdalena Herrera, awards the prize to Ronaldo Schemidt’s picture entitled ‘Venezuela Crisis’–which also won first prize in the Spot News Single category. The image shows how José Víctor Salazar Balza (28) on fire amid violent clashes with riot police during a protest against President Nicolás Maduro, in Caracas, Venezuela. Salazar was set alight when the gas tank of a motorbike exploded. He survived the incident with first- and second-degree burns. Schemidt (b. 1971) is a staff photographer for Agence France-Presse, based in Mexico. 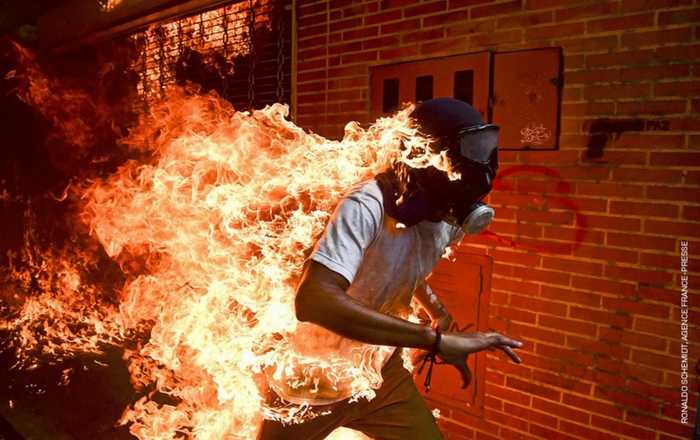