Home Out & About Best of South Africa South Africa’s most unusual restaurants
Last update on February 26, 2020
Written by Articlebase
Share

If you’ve had enough of cordon bleu cuisine and are simply looking for somewhere a little different, there are plenty of places that you can go for a bite that are a little more unique.

South Africa is a gourmand’s paradise. But, if you’ve had enough of cordon bleu cuisine and are simply looking for somewhere a little different, there are plenty of places that you can go for a bite that are a little more unique.

Eat in Between Two Oceans

South Africa is one of the few places in the world where you can eat in between two oceans, but it must be the only place in the world where baboons steal your food whilst you’re doing so. The Two Oceans Restaurant in Cape Town has a spectacular view out over False Bay where the Indian and the Atlantic Oceans meet. Looking out over the edge of the restaurant balcony you can even see a change in colour at the point where the two oceans meet. If you’re lucky you can even spot a whale whilst dining, particularly in September when they come close to the shore in order to breed.

“Carnivore” definitely isn’t a restaurant for vegetarians, but then the name gives that much away. South Africa’s version of Kenya’s flag-ship restaurant is based in Johannesburg’s Misty Hills Hotel. Although the menu varies due to seasonality, it always features four types of exotic game. The crocodile meat tastes remarkably like chicken, and ostrich, zebra, gnu and kudu have all been known to feature on the buffets. The best thing about Carnivore is that it’s an all-you-can-eat restaurant. So if you want to attempt to eat a whole croc in one sitting, then this is the place to go.

Eat with South Africa’s Most Wanted

Prison restaurants must be popular in South Africa as the country has two. However, Pollsmoor Mess in Cape Town and Drakenstein A La Carte in Paarl aren’t prison-themed restaurants; no, these restaurants are housed in genuine prisons. The waiters aren’t just serving food, they’re also serving time and, whilst questions are permitted, you aren’t allowed to hand over cash to your waiter although tips can be placed in a sealed box afterwards. The food at both prisons is fantastically cheap and all the inmates have received qualifications and training in the positions that they hold. However, both prisons are extremely popular so you’ll need to make reservations in advance.

Eat Among the Stars

If you want a traditional African feast, then Gold in Cape Town is the place to go for a Cape Malay meal. Enjoy traditional African cuisine under safari tents, listening to the beat of djembe drum. The baobab trees inside the giant tent add to the mystical ambience of the restaurant, and guests can watch traditional Mali puppet shows as they enjoy their meals. Afterwards join an interactive drum circle and learn how to play the djembe drum. The price of a meal here may be expensive, but you’re also paying for an evening’s worth of entertainment, so it’s well worth the money.

Rachel Hill is a Southern Africa Travel specialist, a company specialising in luxury, tailor-made South Africa holidays, as well as holidays to other destinations in Southern Africa. 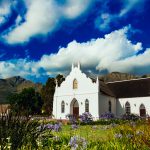 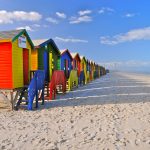 Travel to South Africa and Swaziland with your family

Best places to spend the holidays in South Africa