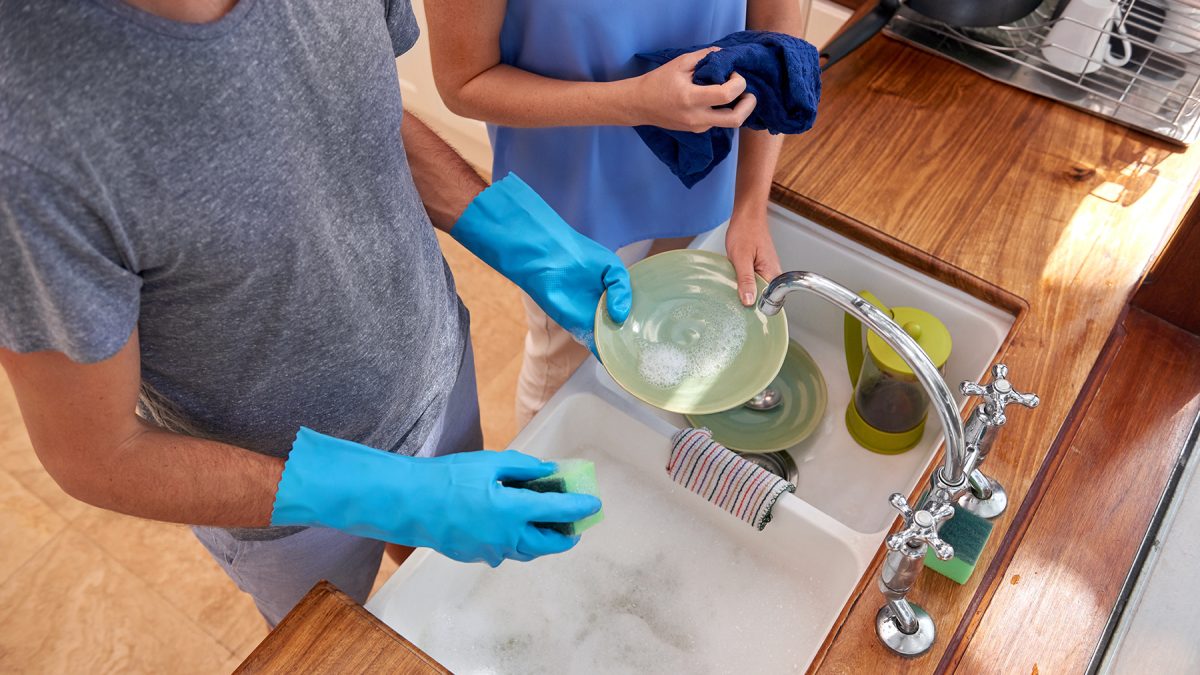 After you’ve moved to South Africa, you may consider hiring domestic help for your home. Ensure that you follow the rules and regulations for hiring a domestic worker in South Africa.

If you’ve just moved to South Africa, this will be the one and only item on your moving-in list where things will progress swiftly. That is why it is best to put some thought into hiring domestic help in South Africa ahead of time.

Having domestic help (a maid) is the one thing you will absolutely cherish in South Africa. There is a little bit of paperwork to deal with, which, considering a government agency is involved, cannot be much fun. But I will walk you through the process, and it will be well worth it because having domestic help is simply wonderful. Just think – I’m sitting here researching and typing expat advice columns while my laundry is being ironed and my bathrooms cleaned!

Almost all well-to-do or actually what we would consider middle class South Africans employ domestic workers – housekeepers, nannies, gardeners, etc – and as an expat, so will you. In fact, you will be expected to, because this will give a valuable job to someone who most likely will support a family of eight with it. As soon as you will have moved into your house, people will come knocking at your door for jobs.

This will be the one and only item on your moving-in list where things will progress swiftly, I can promise you. That is why it is best to put some thought into this topic ahead of time. Will you want someone coming in several times a week? Or will you want her to live with you? In that case, she will occupy the domestic quarter, something most houses here are equipped with (if typically not very spacious).

And are you looking for someone mainly to clean, or also to watch your children? Just know that whatever you hire her for, she will spend a fair amount of time on ironing, whether you think that’s necessary or not. It’s just the Law Of Domestic Workers, I think.

The best way to find good domestic help is to hire someone who’s worked for another expat family before. There are agencies you can contact as well, such as Marvellous Maids http://www.marvellousmaids.co.za/, but they charge a fee for the referral. While they do perform a background check, I personally think the best background check is for you to talk with the previous employer and find out whether and why they were happy with her work.

If you’re moving into the Dainfern area of Johannesburg (a prime expat location), try to get a hold of the Dainfern newsletter (most estate agents will have access to that), which has an excellent classifieds section advertising domestic workers.

The legalities of employing a maid

So you’ve found a maid – now what? Judging from my own experience, I would have just told you, wonderful, you’re all set, happily ever after. But I’ve asked around and read up on the topic, and there is a bit of legal stuff you should know about. Domestic workers are protected by law (which is a good thing) and all rules and regulations regarding domestic workers can be found on the Department of Labour website.

I’d encourage you to read through the various guides, but don’t be frustrated if it seems a bit much to remember. Basically, there is a minimum wage (around 1,500 ZAR per month according to my calculations), and there are rules regarding work hours, overtime, annual leave, public holidays, pay slips, unemployment insurance, and termination. Most employers (especially us expats who often have never had anyone working for us and are typically uncomfortable with the very idea of someone serving us) would not abuse those basic rules in the first place.

How much should you pay?

Typical salaries for domestic workers range from 1500ZAR to 3000ZAR per month for working Mon-Fri from 8-5. What you pay might depend on the skill level, i.e. in addition to cleaning does she cook and babysit and perhaps even drive? But just think about this for a moment: 1500ZAR is about 215USD. The only reason, in my mind, to NOT pay your maid at the upper salary range from the start, is to leave room for raises or the occasional help she will need when, say, a relative has died, a child gets sick, or her house is leaking. For a live-in maid you typically also provide the food, which I can tell you right now will mainly consist of mealy pap (porridge made from corn), plus furnishings for her room, and perhaps the occasional doctor’s visit, since there is no insurance to speak of.

There is, however, the UIF, South Africa’s unemployment fund. As an employer of a domestic, you have to pay 1 percent of his/her salary into it on a monthly basis. The employee has to make a contribution (also 1 percent) as well, but in most cases this is also paid by the employer (since you can be almost certain it will never be paid if you don’t do it), making it a total of 2 percent. When you first employ a domestic, you must register him/her with the Department of Labour, which can easily be done by visiting www.ufiling.co.za. You will find two forms there, the UI-8D and the UI-19. Complete both of these and fax them to the number provided, and within a week or so you will receive a uFiling number, which you can then use to set up your online account. After that, you will be notified every month when a new payment is due, and you can pay it directly via the uFiling website, or via bank transfer.

There are services that handle all domestic payroll affairs for a small fee (around 20 ZAR per month), such as UIFsolutions http://uifsolutions.co.za/, and if you want to make absolutely sure everything you do is by the book, you should use such a company. But in my mind setting up a uFiling account and making your monthly payments is very easy. I have a reminder in my calendar to pay my domestic (via electronic funds transfer) and process my uFiling payment at the end of each month, and it takes less than five minutes. I also have a pre-printed payslip on file that I have her sign upon receipt of the money, just so that there is a record. She scoffed at this at first, thinking I thought her dishonest or not trusting her somehow, but I was firm and told her it was for her own benefit as well as mine.

I’m often asked whether a contract is needed for your domestic. Yes, as per the Department of Labour, a contract is required, and you will find the details on their website. But I’ve also heard of cases where the existence of a contract made it extremely difficult to terminate a maid, even when the cause was stealing. On the other hand, you have to make your UIF payments (there is a stiff penalty for failure to do so) so your domestic is already registered with the Department of Labor, and it probably makes sense to write down your basic expectations in contract form. I would just make sure to spell out reasons for termination in it. If you use an agency as mentioned above for your UIF payments, they will also provide a contract.

What you should also make sure of before you hire a domestic worker is that she is South African or, if not, make sure that she in the country legally as a permanent resident with working papers. Otherwise, she might disappear one day because she has to catch a taxi to the border and renew her visa there by paying a bribe. You hear many of those stories as well.

Make sure you spend some time interviewing her and checking her ID, and have her come work for you on a temporary basis first, to get an opportunity to watch her and specify exactly what it is you want done – and what not! The only issue we ever had was with the latter; my kids felt a bit harassed for having to keep their rooms picked up at all times of the day and when the constant chastising turned into arguments, I had to have a talk with my domestic to back off the kids and reduce vacuum cleaning to just once or twice a week!  Black South Africans are generally very kind with a great sense of humor, but they are also a proud people who want to be taken seriously. An experienced maid will have her routine and if you want things done a certain way, it is best to talk about all those things upfront, or perhaps have regular meetings to address any changes.

Since you’ve probably never had the luxury of someone cleaning up after you around the clock, you actually won’t know what exactly it is you want done. And you might be uncomfortable at the very thought of someone working around you all day and another person (in addition to your kids and spouse) for you to “manage.” But having domestic help here in South Africa is also a wonderful opportunity to get a glimpse into an entirely different culture and gain an appreciation for all walks of life. I’ve occasionally been on the most eye-opening expeditions to help my maid with something or other, and we often share a laugh together.

So while you’re busy packing up and filing visa applications and saying your good-byes at home, take some time to think about your future South African life with domestic help. And count the times you’re scrubbing toothpaste out of your child’s sink – they might be your last for a while!

When it became clear that her family of six would have to relocate to Johannesburg, South Africa in 2010, Sine immediately knew that she would have to start a blog about their trials and tribulations.  Read her often-humorous, always informative observations on life as an expat in South Africa at joburgexpat.blogspot.com.

Further reading: The life of a domestic worker

Telecommunications in South Africa: setting up internet, TV, and telephones

Getting a South African SIM card or mobile phone