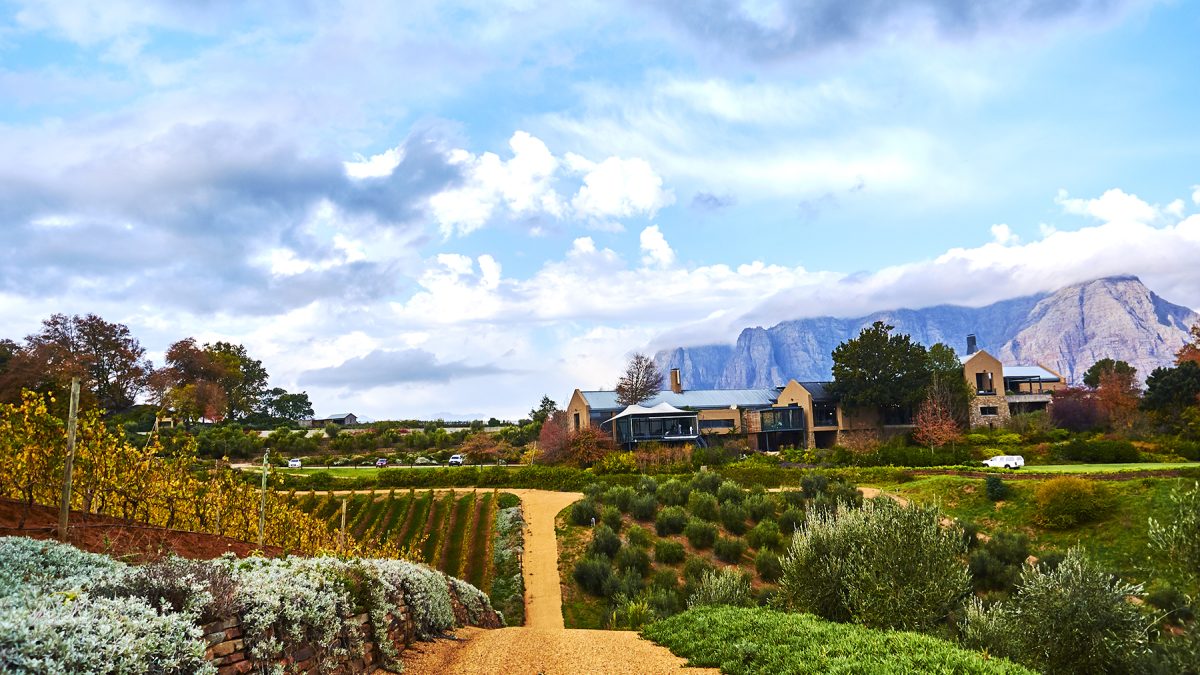 An introduction to a world of green slopes, light breezes and world-class produce.

Who can forget such striking names as Meerlust, Rustenberg, Vergelegen, Steenberg and Mulderbosch…? Certainly not those with an interest in New World wines, amongst which the vineyards of South Africa stand as tall as any. The regions that produce these wines are some of the most beautiful in South Africa. The following is an introduction to this world of green slopes, light breezes and world-class produce.

The Wine Regions of South Africa

The first wine grown in South Africa was that of Jan Van Riebeek, the founder of Cape Town, in 1659. The earliest estate, Constantia, was born just 26 years later in 1685. So, while the wines of South Africa may be ‘New World’ there’s really very little ‘new’ about them. Most of the vineyards are based in the Western Cape, surrounding Cape Town. However, the Northern Cape, fed by the Orange River, is starting to be developed, as well as the eastern region of the KwaZulu-Natal. Early efforts appear promising, but as the vast majority of wines comes from the Western Cape the following areas are all based in the lush surroundings of Cape Town:

In an affluent suburb of grand houses and luxury hotels, South Africa’s Constantia region is famed as a pedigree of their wine market. South African wine finds its origins here and the area is currently undergoing a popular revival. The vineyards are ideally placed on the side of the Constantia Mountain where they are cooled by gentle sea breezes. Despite these ideal conditions only five estates are based locally: Klein Constantia, Groot Constantia, Buitervenwachting, Constantia Uitsig and Steenberg.

Based just 50km south-east of Cape Town, Stellenbosch is famed as the country’s greatest wine-producing region and as the largest university town in South Africa, trips here being based around the fertile valleys and historical towns of the agricultural heartland. With over 200 producers based in the area, Stellenbosch is the established capital of South African viniculture. Fringed by mountains that afford spectacular views, the geology of the area is of particular interest; the granite-based soils in the east are ideal for the cultivation of red wines, while the sandstone soils in the east lend themselves more easily to whites.

To the west of Stellenbosch and by no means as large, Franschhoek lies surrounded by the Drakenstein mountains and enjoys relatively high levels of rainfall and warm temperatures. Because of this, producers here have the freedom to cultivate a wide variety of wine styles. Being only 50km east of Cape Town, and boasting a wide range of chic restaurants, it is included on the itinerary of many luxury holidays. South Africa can offer few better gourmet experiences.

A cool coastal region that is very much on the up, Walker Bay houses such varieties as Chardonnay and Pinot Noir and other traditional Burgundy grapes. Local estates include Hamilton Russell and Bouchard Finlayson.

To the northwest of Cape Town, this famous region boasts a selection of leading producers such as Veenwouden, Nederburg, Fairview, Glen Carlou and Plaisir de Merle. Rhone-style grapes are being grown here, such as Syrah and Pinotage, representing a move from traditional white cultivation to reds. The summer heat in the area means that the best produce comes from the more elevated vineyards.