Foreigners looking to bank in South Africa will find a varied selection of regional, national and international banks in South Africa and a sophisticated banking system. To open a bank account in South Africa you’ll need to complete a form confirming your employment at a South African company and declare any funds or assets you’ve brought into the country.

The majority of South African banks charge account fees, and transaction and withdrawal fees also apply in many cases. If you choose an international bank in South Africa, it might be possible to get an account in your home country that you can also use in South Africa.

This listing of banking institutions in South Africa includes information on:

You can choose the best bank in South Africa for your needs by comparing the services offered by national, local and international banks in South Africa.

The five largest banks in South Africa, with each boasting assets of around ZAR 1 million or more, include:

These commercial banks in South Africa are also members of the Banking Association South Africa, which provides a collective voice for banks when interacting with the government.

Most South African banks charge fees to open a bank account, although some bank accounts offer incentives to switch accounts, such as waiving fees if you pay in a specific amount of money each month.

How fees are charged varies between banks in South Africa. Some accounts are charged at a fixed fee, which covers a certain number of transactions each month. For example, accounts with Standard Bank vary in cost from ZAR 60–425 per month. Alternatively, you can choose to ‘pay as you transact’, where you pay set fees for each transaction you make. If you have significant savings in your account (ZAR 10, 000 in the case of Standard Bank) you could be eligible to receive a rebate of some charges.

You can cut down on fees by checking the terms and conditions of your chosen South African bank account. For example, some banks offer cheaper fees if you withdraw cash using their branded ATMs rather than those of their competitors.

See our Guide to international money transfers for more information.

Since mid-2015, South African citizens have been able to invest up to ZAR 30,000 a year (up to a lifetime total of ZAR 500,000) into tax-free savings bank accounts, as part of a government policy designed to encourage South Africans to save for the future. The accounts are individual, so they can be opened for children, too.

Any contributions above the yearly limit are taxed at 40 percent. Interest rates on savings accounts vary depending on size of deposit, access terms and transfer options.

VISA and Mastercard are among the most common card types in South Africa. When withdrawing money using your debit card at an ATM, you won’t usually be charged a flat fee at the ATM, but will instead pay the standard withdrawal fees associated with your account. These fees vary significantly depending on the terms of your account, with stats from 2015 showing banks charged from ZAR 13–16 for a withdrawal of ZAR 1,000 at their own ATMs.

Cheques, meanwhile, are commonly considered an outdated form of payment in South Africa, and aren’t accepted in many places.

If you lose your South African bank card

If you South African bank card is lost or stolen, you’ll need to report this to the your bank’s call centre, which should be open 24 hours a day. Once reported, you can order a replacement card or request emergency cash, although with most accounts you’ll need to pay a charge for this service.

Some South African banks offer Lost Card Protection to insure customers for non-PIN based transactions if they lose their card.

South African citizens can take a maximum of ZAR 10m a year offshore subject to tax clearance, or a maximum of ZAR 1m without tax clearance, although you will need to register this with the reserve bank. If you decide to move money offshore, you’ll need to use an authorised bank to make the transaction. Once you’ve transferred your money, you can convert it into your currency of choice and leave it in an account or invest it.

Alternatively, it’s possible to deposit your savings in an offshore fund, although your cash will remain in South African currency as it won’t physically leave South Africa. The minimum deposits for these funds are a lot lower than directly banking offshore and you won’t need tax clearance. If you’re considering investing your cash offshore, you should speak to a financial adviser to ensure you’re making the best use of your savings.

Other banks in South Africa 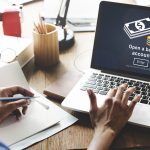 How to open a bank account in South Africa