September is gay pride month in South Africa, making this a great time to visit for gay men and lesbians.

South Africa was a gay travel destination long before it became the first country in the world with a constitution outlawing discrimination based on sexual orientation and the fifth country to legalize same-sex marriage. With the fall of apartheid and these two historic gay rights events, the allure of South Africa has increased substantially among both straight and gay travellers.

From the glorious beaches of the Western Cape to the fast-paced excitement of Gauteng, South Africa is the gay-friendliest country on the continent.

Pretoria, Johannesburg and Cape Town are must-see stops and they offer a variety of establishments, events and activities that are gay-centered or gay-friendly. Gay men will find a plethora of establishments that cater exclusively to them from lodging options that include gay-owned exclusively male guest houses, Pretoria’s Camp David, which is a private nude bar exclusively for gay men, and Cape Town’s bathhouses, which are generally referred to as steam saunas or steam baths.

While South Africa’s gay scene is mostly geared towards men, lesbians and families will also find plenty of activities to enjoy on gay vacations in this historically–and culturally-rich country, including many tour options offered by gay-friendly tour companies committed to providing a great gay vacation for gay travelers.

September is gay pride month in South Africa, making this a great time to visit for gay men and lesbians. It includes pride celebrations and a variety of other events, such as the Out in Africa South African Gay & Lesbian Film Festival, which takes place in both Johannesburg and Cape Town and draws over 16,000 international attendees. Cape Town is also the home of the annual Mother City Queer Project costume party that brings over 10,000 international visitors to South Africa each December.

Of course, Cape Town is also home to Clifton’s Third Beach and nearby Sandy Bay nudist beach, both of which are extremely popular hangouts for gay men, and also has a gay village offering many gay-owned and gay-friendly establishments in Green Point. Picking up a copy of local gay publications like Exit and Outright will keep travelers and expats alike up on what is going on and provide additional information about the best places to hang out or grab a bite to eat in a gay-friendly restaurant.

Dining opportunities are plentiful, with many choices that include options like the gay-owned Lola’s vegetarian café in Cape Town, dining in an old farmhouse on a 21-acre farm at the Bellgables Country Restaurant in Johannesburg, or fine dining at gay-friendly Emily’s, an award winning Cape Town eatery offering South African cuisine, as well as a beer bar and wine bar.

Howie Holben has traveled throughout the world for more than 30 years. He owns and runs Spirit Journeys, a spiritual gay travel tours organization. Spirit Journeys has offered a gay holiday with a difference since 1992. You can learn more at http://www.spiritjourneys.com. 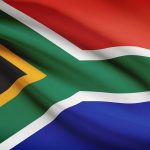 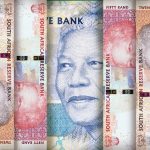