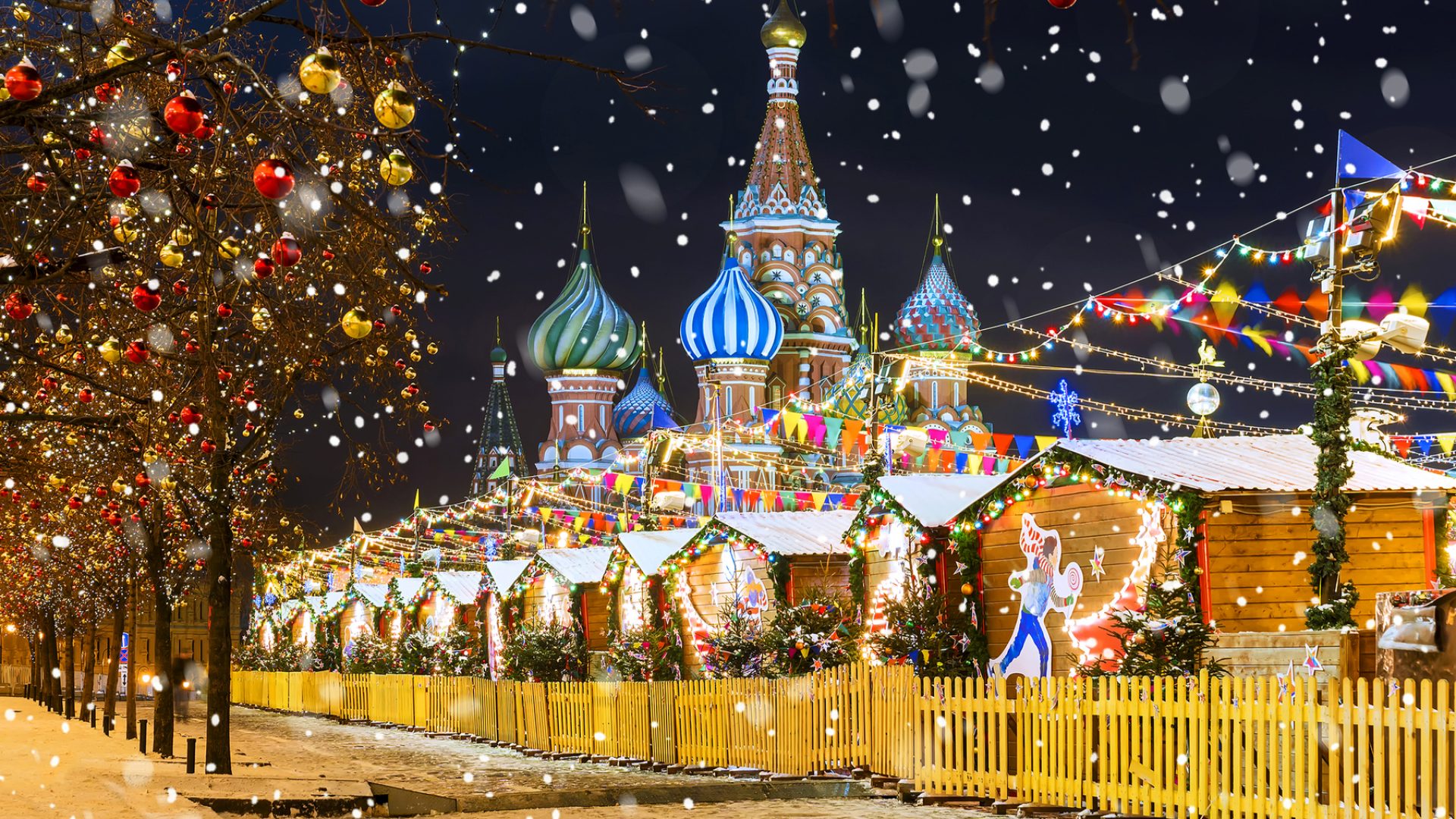 Home Out & About Best of Russia The best Russian festivals and celebrations
Last update on February 20, 2020
Share

The best of Russia’s festivals celebrate the rich Russian culture, religion and history, alongside a vibrant mix of music, film, theatre, food and snow festivals.

Along with other religious celebrations, Christmas was banned in Russia after the 1917 Revolution and was only openly observed again in 1992. The Russian Orthodox church – and almost all Russians – celebrate Christmas (the birth of Jesus) on 7 January. It’s mainly a religious occasion, when families gather together to attend church services on Christmas Eve (6 January) and then go home to feast on a special ‘holy supper’, which includes a dish called kutia, a porridge with raisins. Some people attend all-night vigils at church; others just go on Christmas morning.

The Magic Ice of Siberia is an international competition that takes place on the banks of the Yenisei River in Krasnoyarsk, the third largest city in Siberia. Teams of sculptors, architects and artists from Russia and beyond create massive frozen artworks to compete in two categories: snow and ice. Runs 23 February–12 March 2019.

Seven weeks before Easter are the week-long Maslenitsa festivities – Russia’s pancake week. They combine the pagan tradition of marking the end of winter and the beginning of spring with the Christian tradition of feasting and merrymaking before Lent. Each day there are different activities: making Maslenitsa dolls from straw and old clothes, making and eating lots of pancakes (blinis), sledging, playing on seesaws, singing, fist fights, visiting the in-laws, exchanging gifts, feasting and drinking tea or vodka. The Maslenitsa dolls are burned on the final day, and people jump over bonfires.

Celebrations start the night before Easter Sunday. Churches are filled with lights and at dawn the bells ring out to announce that Easter has arrived. Everyone paints boiled eggs in bright colors and has a traditional feast. Typical Easter foods are round sweet bread and Easter cake served with sweetened curds, butter and raisins. Runs 4–10 March 2019.

Symbolizing women’s equality, most people in Russia refer to International Women’s Day just as ‘the 8th of March’ and it’s a day when women’s achievements – both personal and professional – are celebrated. People have time off work, workplaces organize celebrations, and everyone gives gifts such as flowers and chocolates to the important women in their lives and wishes them ‘a happy 8 March’.

The very first Moscow International Film Festival (MIFF) was held in 1935 when the jury was headed up by world-renowned film-maker Sergei Eisenstein (of Battleship Potemkin fame). It became a regular event on the cultural calendar in 1959. More than 200 films from 50 different countries are screened, with the best picture winning the Golden George. The 2019 MIFF takes place from 18–25 April.

The Golden Mask Theater Festival, established in 1993, is an all-Russian theater festival and competition and covers all genres from drama to modern dance and puppet theater. The Golden Mask festivals takes place in Moscow, with the awards ceremony scheduled for 16 April 2019.

Due to St Petersburg’s northerly location, the sun never fully sets in St Petersburg between May and mid-June. You can talk a walk at midnight and still see the sun on the horizon. This provides the romantic backdrop for the annual White Nights Festival, an arts festival with music and dance by Russian and international stars. The Mariinsky Theatre has a program of more than 175 operas, ballets and classical concerts – and tickets get snapped up fast. There are carnivals, too, the best being in the suburb of Peterhof where actors dress up in historical costume from the time of Peter the Great and re-enact historical events.

Victory Day celebrates the end of World War II with parades, spectacular fireworks and displays of military strength. The most impressive event is held in Moscow’s Red Square, where soldiers, tanks, missiles and other military equipment are on display on the ground and military planes fly overhead. Military memorials all over Russia are spruced up, and there are displays in museums.

Each year a selection of Moscow’s top restaurants opens their doors for three days of master classes and tasting sessions, open to all the family (there’s usually a special entertainment zone with a children’s menu). There are also zones dedicated to different types of food and drink, DJ’s and music to create a party atmosphere. Around 200 different master classes are on offer, for both Russian and international foods. The 2019 Taste of Moscow takes place 27–30 June.

This large, open-air world folk music festival takes place in the Ethnomir complex in Moscow every summer. Over several days, Russian and international musicians perform a variety of folk-based genres – afro-beat, ethno-jazz, raga, Russian folk – and there are food stalls, markets, and body and soul workshops. The 2019 festival will take place 28–30 June.

All Russian cities have Winter Festivals celebrating the best of Russian culture, but the biggest and best is in Moscow. This is a huge annual event with activities all around the city, which is decked with thousands of fairy lights. In Izmailovo Park you can watch performances of folk songs and dances, ice skate, sled or take a ride in one of the three-horse sleighs called troikas. Gorky Park is famous for its magnificent ice sculptures. In Revolution Square you can buy crafts, eat warm pancakes or bagels spread with jam or honey, listen to a balalaika concert or watch a fashion show.