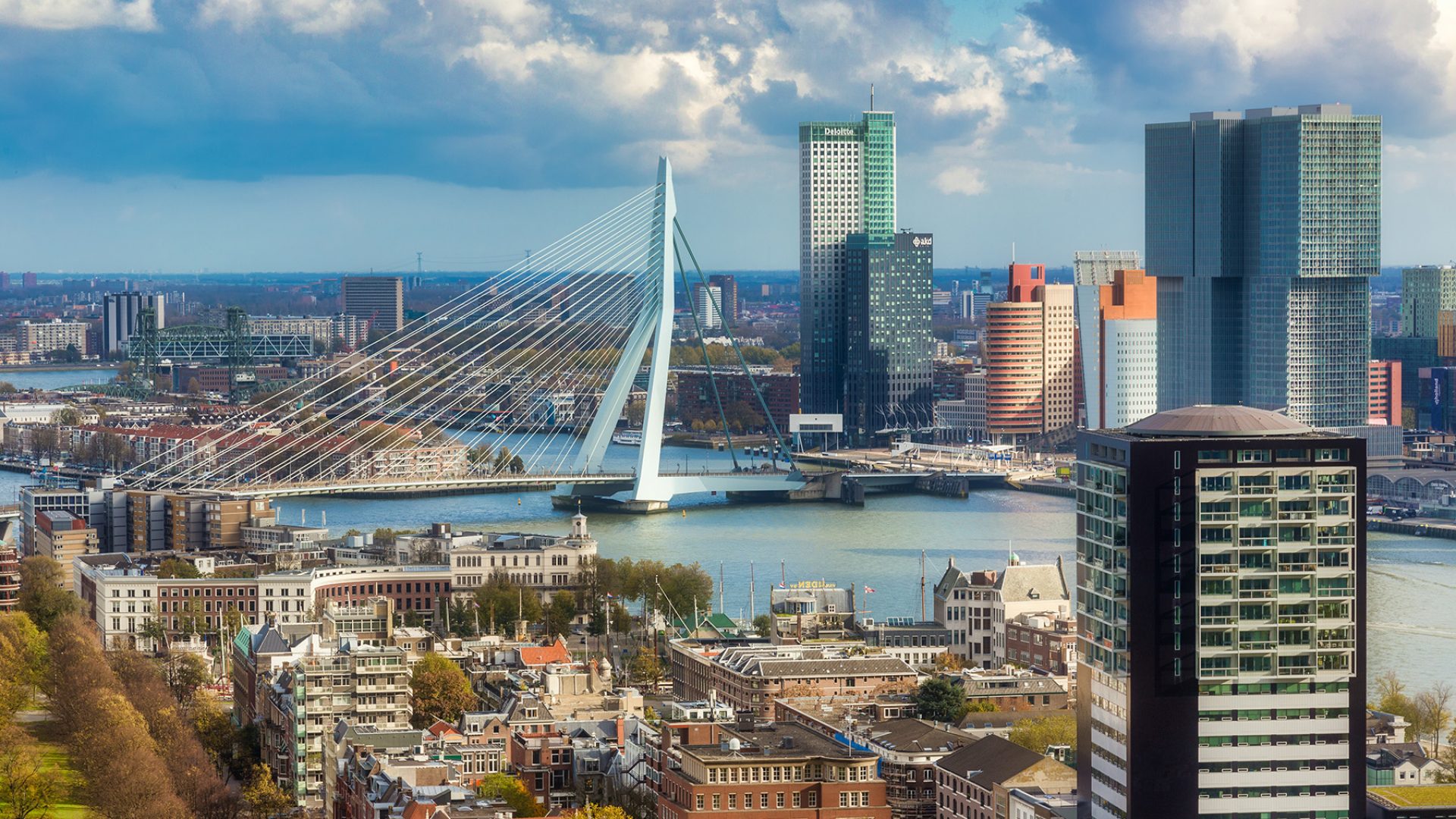 Home Living in the Netherlands Cultural Integration The expat parent community around Rotterdam and The Hague
Last update on October 11, 2021 The expat parent community in South Holland (Zuid Holland) is vibrant, diverse and supportive, but nothing beats a bit of inside knowledge on the best groups to join and things to do in Rotterdam and The Hague to find your marks as an expat in the Netherlands.

Think South Holland, think edgy Rotterdam. Stately, regal The Hague. Delft, all pretty porcelain and quaint vistas. And student paradise Leiden, of course. They may have different personalities, but South Holland’s cities and towns – home to global HQ’s, world-renowned universities, United Nations agencies and one of the biggest ports on earth – are seriously international. With one in 10 residents being foreign, there’s a huge support network for the expat parent community in South Holland. And lots of things to do in Rotterdam, The Hague, and their neighboring cities. There’s sporting, cultural and social activities, the great outdoors, you name it! What’s more, international schools in the area all have extra-curricular activities to keep your kids integrated outside the classroom.

Pauline, Digital Marketing Manager at the British School in The Netherlands (BSN), located in The Hague, is a native Rotterdammer. She recommends resident expat families invest time in getting under her hometown’s skin.

“Discover the city one area at a time,” she suggests. “Take a walk through Kralingen, Hilligersberg or Kralingse Plas, or discover Kop van Zuid: where high rise buildings stand side-by-side with Hotel New York. That’s where all the emigrants left in the 1940s/50s looking for new lives in the US, Canada and Australia. This connects up to the Deliplein, with its great Fenix Food Factory.”

Here’s our lowdown and tips about South Holland for expat families and their children, from the people who live there.

The British School in the Netherlands

An international school for children 3–18, The British School in The Netherlands is a thriving community of 80+ nationalities. They offer a British and international curriculum, with GCSE examinations and four pathways from the age of 16: A Levels, the International Baccalaureate Diploma Program, the International Baccalaureate Career Program and BTEC qualifications. The BSN’s blend of traditional British values, educational rigour, and caring and committed staff provides an environment for students to prepare for a happy and successful life, no matter the pursuit. 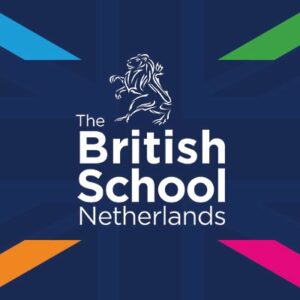 Explore your kids’ options at the BSN

For expat families in South Holland, it can be tricky to build a social life with kids beyond the daily term-time grind, occasional Saturday birthday bash, or playdate. And when your teenagers’ best friend and confidante is an electronic device, it’s probably time to join a club.

Forget coffee mornings and origami, though. Think excursions that even your grunting offspring may actively want to participate in.

The American Women’s Club of The Hague, the German International Club in the Netherlands (also in The Hague) and the British Club of The Hague, all have kids’ sections. The city’s Spanish-speaking expat community may want to try the Spanish Association of The Hague, which also offers family activities. The Australia and New Zealand Club has events in The Hague and Rotterdam.

If members’ clubs are not your cup of tea, join a meetup! Families with older children might be interested in Expat Republic Rotterdam or the many other Expat Meetups in the city. Leiden Expats, similarly, has events that help expats settle into their surroundings.

Pauline says BSN, along with other international schools, offer extracurricular activities for children of all ages.

“Life at BSN is about so much more than our classrooms,” she says of the school. BSN has four campuses across The Hague.

“Our wide range of clubs, groups and activities – both during and after school – offer students the chance to extend and enrich their interests, as well as provide opportunities for personal development.

“Schools’ extracurricular activities are great for integration. Students mix and form new friendships, in some cases outside their own year group or campus. The lessons learned through collaboration on after-school projects, hours of dance rehearsal or dedicated sporting practice are invaluable. It is through a full range of clubs, activities and sports that schools help students find their true passions,” she continues.

“At the BSN, students, staff, and parents are actively encouraged to get involved in co-curricular activities at the school – coaching, advising and passing on their own expertise wherever possible. The busy co-curricular life helps families to integrate with both the school and Dutch local community.”

And it’s not just the kids who benefit from the rich, global-minded environment of their learning institution. Because international schools welcome students from all over the world (BSN has 80 nationalities), chances are you will come across other families who come from your home country. At the very least you will encounter like-minded expat parents who face the same questions and challenges you do. That solidarity also breeds a powerful community spirit.

Need English language swimming lessons in Delft? Want recommendations on Italian-speaking nannies in Dordrecht? Trying to find a Gaelic football team near Wassenaar? The online expat community in South Holland probably has the answer to all your whos, whats, whens, wheres, and whys!

In fact, expat-geared Facebook ‘mama’ groups can be found across South Holland. They’re a great way to make friends or find playmates for your little ones.

Rotterdam Expat is a really handy guide to life in the Netherlands in general, while Expats in The Hague is chocked full of useful, up to date information with an active community that shares advice and opinion. Leiden Expats fulfills a similar role.

Recently-arrived expat parents in South Holland may want to head to dedicated expat centers across the region. Rotterdam Expat Center, The Hague International Center (which also covers Delft), and Expat Center Leiden are treasure troves of help for expats.

The Rotterdam-based mother adds: “consultatiebureau (children’s health centers) tend to have a lot of information for expat moms. They should also be able to set you up with new contacts.”

Integration: make it a family affair

If the idea of striking out on the family tandem overcomes you with dread and embarrassment, fear not! There are also stacks of activities for expat families in South Holland to keep you sane!

Going to a football match is a rite of passage for many Dutch families (check out this cute video if you need convincing) and can be for expats too. Cheer on one of the local clubs Feyenoord, ADO Den Haag or Excelsior.

For the musically-inclined, the Viotta Youth Orchestra Association caters for children and youths of different ages and musical abilities, while budding actors may want to explore Stichting The English Theatre in The Hague, or the International Drama Group of English-Speaking Associates (IDEA) in Dordrecht. SKVR in Rotterdam, meanwhile, offers art courses for children.

In summer, hit one of the many festivals celebrating cultural and ethnic diversity. Try the Feel at Home Fair in The Hague or in Rotterdam De Parade, an open-air theatre festival in June which includes special children’s programs – a fun way to learn some Dutch as well. 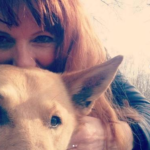 A native Rotterdammer, Pauline has travelled a lot and lived overseas in Canada, Egypt and Switzerland – but she always returns to Rotterdam because of its diversity and spirit. She enjoys going for walks around the green parts of the city with her adopted Egyptian dog. She has been working at the BSN for over a year and loves the inspiring atmosphere of the school.