Home About the Netherlands Society & History Africanah Girl: Is Sinterklaas and ‘Zwarte Piet’ racist or tradition?
Last update on February 13, 2020 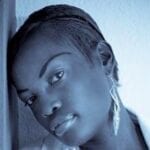 Much controversy has surrounded the blackface Zwarte Piet helpers who arrive with Sinterklaas in Europe each year. Africanah Girl shares her side of the Zwarte Piet debate.

The door bell rang just as I rolled out of bed.

As soon as I opened the door to my apartment, some blackened-up Zwarte Piets (Black Petes) in costume tossed some candy on the floor and smiled brightly. My daughter jumped into my arms, cowered and let out a loud cry. She was having none of it.

That was three years ago. She’s older now; when she spots them in the streets during the season, she sometimes runs to them and strikes up conversation. When they come to her school and begin to dance, she sings at the top of her voice along with other kids. What difference a few years can make.

I’m not so sure how she’ll feel about the whole concept a few years on, given that some kid in another class teased her by calling her Black Pete. When she reported it to a teacher, the nonchalant response was that the other kid needed glasses to ‘see properly’.

Living in the Netherlands has by far been a great experience. Apart from my paltry Dutch, Dutch medical-care is top-notch. The offer of beverages upon entry into any office is grand and the tolerance exercised within the country is otherworldly.

So tolerant is the Netherlands that foreigners cross borders with the sole intent of doing what they ordinarily wouldn’t do on their home turf: visit the Red Light district, openly puff on marijuana or even stroll about semi-nude in the hot summers without so much as anyone batting an eyelid. However, the long–held tradition of Sinterklaas is ruffling many in a not so pleasant way; the United Nations deems it discriminatory.

Traces of past slavery

The UN’s High Commission for Human Rights wrote to the Dutch government stating that Black Pete perpetuated the image of people of African descent as second-class citizens and constituted a ‘living trace of past slavery’.

While few people would take issue with the benevolent Saint Nicholas (Sinterklaas), it’s the Petes that scamper around him, clowning about in their colorful costumes, that most take issue with. It’s mostly because of their blackface coloring and their status.

The Petes are white, but the heavy slather of black body paint and thick red smudges around their lips, afro wigs, and huge gold earrings are reminiscent of a painful era past gone. The fact that the white St Nicholas represents an overbearing authoritative figure and the black helpers a position of servitude has many calling for the revamping of this festive children’s tradition in the Netherlands.

Of course, there are stories of the black color being from soot. Pete goes up and down chimneys delivering presents to good kids, after all. But Black Pete represents a kind of racism that is uninformed by any meaningful dialogue with African descendants.

A question of tradition

I get the importance of the tradition. By all means let it stay but let the black face go. Let them be the white jokers that they really are, with dark streaks on their face and hands from climbing down chimneys. Let them have their own hair and not afro wigs.

Maybe then we won’t have other kids referring to our own as Black Petes. Maybe then everyone will be happy.

Do you think Sinterklass is a racist tradition?

Can I be a good mother and still accept Zwarte Piet?