Home About the Netherlands Food & Drinks The Dutch Table: How to bake Frisian Thumbs
Last update on November 14, 2019 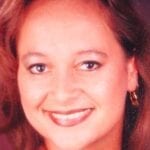 If you’re in northern Netherlands during the winter, and the temperature holds below zero for several nights in a row, you’ll notice people starting to get a little nervous.

Their eyes will dart from the sky to the water – it’s virtually impossible to be anywhere in the Netherlands and not be near a canal, a lake, a river, a stream or any other body of water – and then back up again. They’ll consult newspapers, listen endlessly to weather updates (even more than usual) and, while wringing their hands, whisper conspiratorially to each other: “Giet it oan?” (Frisian for ‘is it going to happen?’)

I’m probably exaggerating a bit but as soon as the temperature drops, the nation prepares itself for a possible exhilarating event: the Elfstedentocht. The Eleven Cities Tour is a physically challenging skating tour through the province of Friesland: it’s 200km (124 miles) of skating on frozen canals, channels and lakes through 11 Frisian cities, starting and ending in the city of Leeuwarden, the province’s capital.

The route takes the skater through Sneek, Ulst, Sloten, Stavoren, Hindelopen, Workum, Bolsward, Harlingen, Franeker en Dokkum. Although the cities are always the same, the route will depend on the quality and the thickness of the ice. As a maximum of 15,000 skaters are allowed to participate – and unfortunately, many miss out on the opportunity to join – the thickness of the ice has to be guaranteed all along the route. Often, a last minute break in the ice or a warm night will suspend the whole event until further notice. And that notice can sometimes be 10 years later – only 15 tours have been ridden in total. The first one was in 1909, and the last one in 1997.

The toughest of all tours was the one in 1963. On 18 January, more than 50 years ago, the thermometer registered  -18C (-1F) with strong winds. From the 15,000 skaters that started that morning only 69 made it to the finishing line, many in deplorable conditions with broken bones and suffering from snow blindess and hypothermia. The tour was won by Reinier Paping, presumably on the nourishment of a bowl of Brinta he ate for breakfast. The tour became so legendary that a movie was made, called The Hell of 63

In the meantime, we’re baking a Frisian cookie to get in the spirit. Fryske Dúmkes (Frisian Thumbs) are made with hazelnuts, aniseed, ginger and cinnamon, and receive their name either because their size is initially the size of a child’s thumb or because the baker pushes his thumb print into the cookie when it comes out of the oven and is still soft. I chose to bake a slightly larger cookie instead and omitted the thumb print part: those cookies are very hot when they come out of the oven!

Cream the butter with the sugar. Add in the spices, the nuts, the salt, the baking powder and the milk, and lastly the flour. Knead into a pliable dough – use a little bit more milk if too dry, add a tiny bit of flour if too wet – wrap it in plastic wrap and refrigerate. The longer it sits, the better the flavours meld together, but no longer than four hours.

Heat the oven to 325F (163°C). Roll the dough out and cut into 1×2 inch rectangles (or use an oblong cookie cutter, if you wish). Brush with the beaten egg and bake on a parchment lined, baking sheet, until light brown in 20 to 25 minutes. Let the cookies rest on the baking sheet for a moment (if you want to press your thumb print in the hot cookie, this is a good time as any), then move them with the help of a spatula to a cooling rack.

*If you can only find whole hazelnuts with skin, do the following: bring two cups of water and one tablespoon of baking soda to a boil. Add one cup of whole hazelnuts and bring back up to a boil. Simmer for three minutes. Pour off the water, and rub the skin off the nuts with a paper towel. Carefully roast the nuts in a dry skillet on the stove, then chop into small pieces. 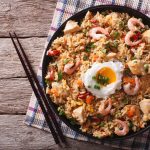