Sad Spain below Saudi Arabia and Qatar in happiness report

It appears that sun, sand and sangria can’t buy happiness after Spain ranked a dismal 37th in the 2016 World Happiness Report, behind Saudi Arabia and Qatar.

Denmark emerged as the happiest country in the world thanks to its high GDP, good social care and excellent medical care.

At the other end of the 157-country table, the landlocked African nation of Burundi beat ISIS-ravaged Syria to last place.

But the real shock came in Spain’s continued slump, ranking 14 places behind the UK and just one above Algeria.

Saudi Arabia, a country where women cannot drive and beheading is a common punishment, came three places above Spain in 34th.

Behind Denmark came the usual suspects of Switzerland, Iceland, Norway and Finland.

Portugal was the major European shock, ranking in an astonishing 94th place, behind countries damaged by Civil War such as Somalia and Libya. 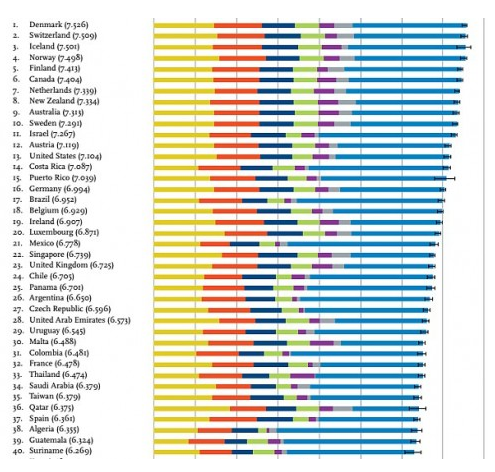 Afghan refugee flight due to arrive in Spain