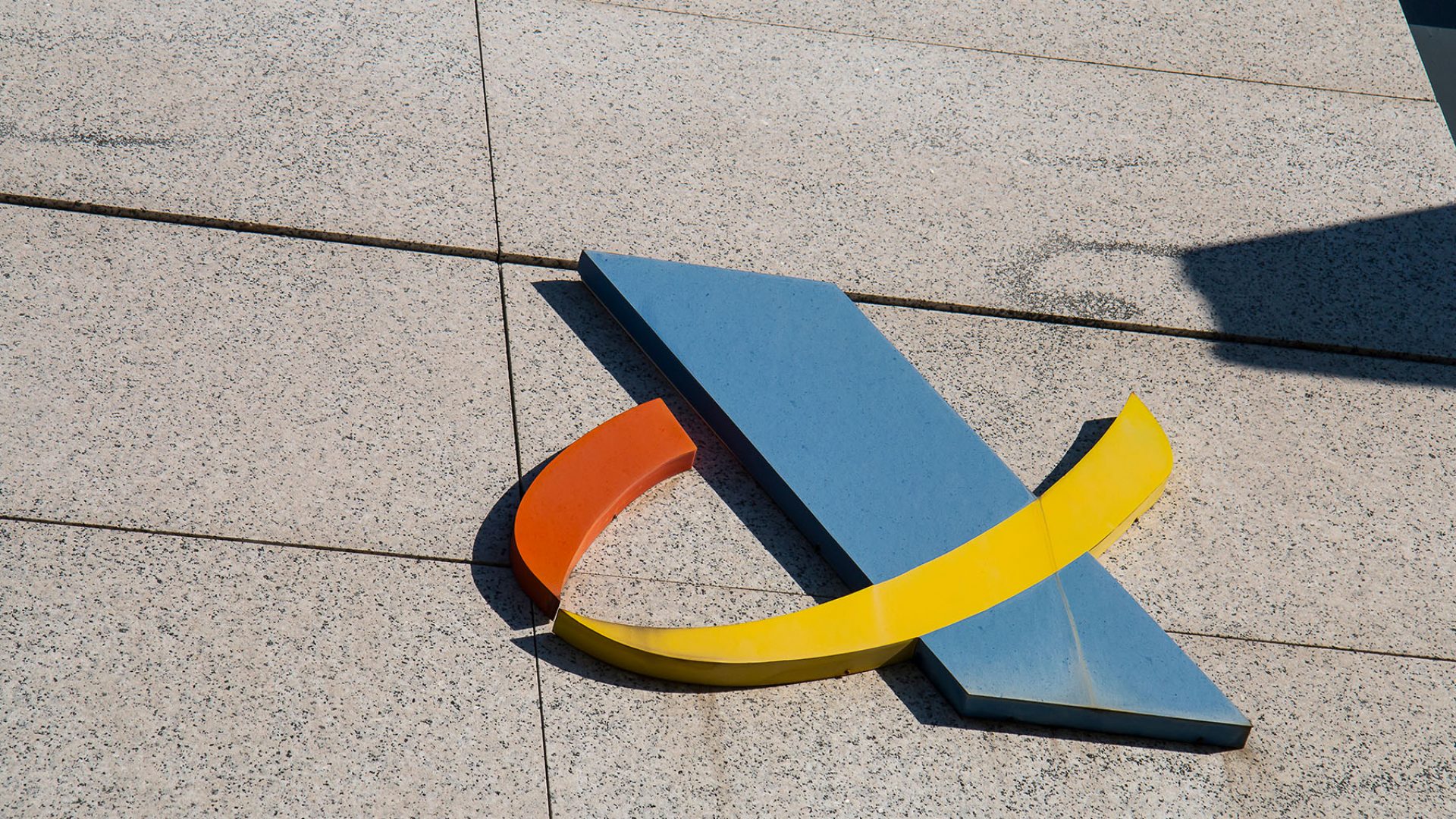 Who has to pay Spanish taxes? A guide to taxes in Spain, including up-to-date tax rates, VAT, income tax, property taxes, and taxes for non-residents.

If you are living and working in Spain, you are liable to pay income taxes in Spain on your income and assets and need to file a Spanish tax return. Whether you pay Spanish taxes on your worldwide income, or Spanish-based income only depends on your residency status.

If you’re a resident of Spain, you must pay Spanish tax on your worldwide income. Taxes apply on a progressive scale, although tax deductions exist. If you are a non-resident in Spain, you only pay tax in Spain on Spanish income, typically at a flat rate. This also includes potential income on Spanish property even if you don’t rent out your property. Spanish tax also applies to property ownership, investment interest, and goods and services (VAT) in Spain.

Taxes in Spain are split between state and regional governments. This means that Spanish tax rates can vary across the country for income tax, property tax, wealth tax, capital gains tax, and inheritance tax in Spain. Furthermore, workers in Spain must contribute to Spanish social security taxes. The Spanish tax year runs from 1 January to 31 December.

This guide to taxes in Spain includes:

Get help with your taxes

Who has to pay tax in Spain?

If you have been living in Spain for six months (183 days) or more of the calendar year (not necessarily consecutively) or you have your main vital interests in Spain (for example, your family or business is in Spain), then you are classed as a Spanish resident for tax purposes.

As a Spanish resident, you must submit a Spanish tax return and pay Spanish income tax on your worldwide income in the following cases:

In addition, you must declare all your assets abroad worth more than €50,000 (using Modelo 720, or Form 720). Your taxable income is the income left after deductions for contributions to social security in Spain, pension, personal allowance, and professional costs. Spanish tax rates are progressive.

Tax in Spain for non-residents

If you live in Spain for less than six months (183 days) in a calendar year, you are a non-resident and only pay taxes on the income from Spain. Taxes apply to your income at flat rates with no allowances or deductions. If you are a non-resident and own a property in Spain, whether or not you rent it out, you will need to submit a tax return and pay Spanish property taxes for non-residents (or imputed income tax on your property) as well as local Spanish property taxes.

Spain has signed many treaties with other countries to avoid double taxation. The Spanish tax authority (Agencia Tributaria) maintains an up-to-date list of treaties.

Personal income tax in Spain is Impuesto de Renta sobre las Personas Fisicas or IRPF. Spanish income taxes are split between state and region. Each of Spain’s 17 autonomous regions decides on its own tax rates and liabilities. Consequently, while the state has reduced taxes and simplified income tax bands, the tax system throughout Spain remains complex. In the simplest terms, the amount of taxes you pay in Spain depends on where you live.

Read more in our guide to Spanish income tax.

The following are the basic Spanish tax rates on employment income. Since tax rates in Spain are not uniform across the country, your total liable tax will be a calculation of the state’s general tax rates plus the relevant regional tax rates.

Spain’s tax rates in 2021 are the following:

You will need to register to pay tax in Spain with the Agencia Tributaria, the Spanish tax authority, whether you are a resident or non-resident. First, you’ll need your Foreigner’s Identity Card (NIE) number, which you can get through the local Foreigner’s Office (Oficina de Extranjeros) or police station within 30 days of arrival in Spain.

Fill out Modelo 30 to register your obligation to pay Spanish tax as a resident or non-resident for the first time, or to change your details. There are English-language guidelines available to help you fill out Form 30.

To make a Spanish income tax declaration, see Modelo 100. The tax year in Spain runs from 1 January to 31 December. Eligible residents must file tax returns with the Agencia Tributaria between 6 April and 30 June of the year following the tax year. There are no extensions on filing tax returns in Spain.

You can find information on how to complete and submit your Spanish tax return, information of previous tax returns and payments made. To access this service, you need your digital identification certificate.

The process of managing your tax declarations, optimization, and planning in Spain may be much easier with the help of accounting and tax advice services such as Balcells International Lawyers Group, adm, or ATA Spain, who can assist you with every phase of the process.

Filing US taxes from Spain

Despite the fact that every US citizen and Green Card holder must file a tax return with the IRS even when living abroad, many expatriates still fail to do so. Many are unaware of these obligations, thinking that as an expat they do not need to pay or file tax returns in the US; as a matter of fact, you do! For more information and help filing your US tax returns from Spain, contact Taxes for Expats and see our guide to filing US taxes from abroad.

The general flat income tax rate for non-residents is 24%, or 19% if you are a citizen of an EU/EEA state.

Other income is subject to Spanish non-resident taxes at the following rates:

There is a special tax regime for foreigners coming to work in Spain on an employment contract with a Spanish company. This is sometimes known as Beckham’s Law, as it was allegedly set up so that footballer David Beckham did not have to pay tax on his worldwide image rights when he joined Real Madrid in 2003. The Spanish government modified this tax regime for the 2021 tax year.

If you are a Spanish tax resident (spending more than 183 days a year in Spain) and have not been resident in Spain in the last 10 years, you can apply to be taxed under this regime within six months of arriving in Spain. Consequently, you can reduce your taxation level for up to five years.

If you have children under 25 living with you, you can claim an additional allowance of:

In general, you can claim tax deductions in Spain for:

Beginning in January 2021, new tax reforms reduced taxpayers’ pension contributions for tax purposes to €2,000 from €8,000. However, this limit is €8,000, as long as the increase comes from company contributions. Additionally, the increase cannot exceed 30% of the sum of net income from employment and economic activities received by the individual in the tax year.

Tax in Spain for married couples

If you are married, either in a heterosexual or same-sex marriage, you can choose to be taxed separately or together. You should compare the Spanish tax rate you would pay as individuals to the tax you would pay as a couple before your final decision, as it is not always a better option. There is a married couple’s allowance (declaración conjunta) of €3,400 for the second taxpayer, in addition to a general allowance of €5,550 granted to the first taxpayer.

If you own a property in Spain and are living in it on 1 January in any given year, you must pay a local property tax or Impuesto sobre Bienes Inmuebles (IBI). The amount is the rental value multiplied by a tax rate set by the local authorities. This applies to non-residents and residents. There is also basura, a rubbish collection tax. Non-resident property owners may also need to pay imputed income tax at flat rates on potential rental income on Spanish property.

If you sell a property in Spain, you have to pay a property transfer tax, Impuesto Transmisiones Patrimoniales (ITP). When a property is sold, the local authority charges a tax on the increase in the value of the land, the plus valia.

Spain’s capital gains tax (the tax on profits from selling property or other investments) is as follows:

Wealth tax in Spain is payable on the value of your assets on 31 December each year. From the 2021 tax year, the government increased the highest tax band rate by 1% in autonomous communities that haven’t approved their own rates. This means that assets valued at more than €10 million can be taxed up to 3.5%, depending on the region.

As well as the €700,000 tax-free allowance, homeowners are allowed a further €300,000 against the value of their main residence.

Inheritance and gift tax in Spain

Since 2015, non-residents from within the EU/EEA have been treated the same as residents when it comes to inheritance and gift tax in Spain (also called succession tax). The rate is around 1–7% for all, depending on the region. Before the change, non-residents paid around 80% more than residents. The Spanish Supreme court ruled that non-residents who paid the higher rate in the past are entitled to a refund.

In 2017, some regions such as Andalucía updated their inheritance and gift tax policies. This resulted in many families not having to pay inheritance tax. Check your specific region’s laws for more information. You should seek specialist advice on these taxes as the Spanish tax system is complex. Read more in our guide to Spanish inheritance law.

Beginning in 2021, the government increased VAT from 10% to 21% on alcoholic drinks and drinks containing added natural and derived sweeteners and/or sweetening additives. The tax hike excludes baby milk and drinks considered as food supplements for special dietary needs.

All VAT payers (primarily freelancers) must submit all invoice data online to the Agencia Tributaria within four days of the date of issuance, and no later than the 16th day of the month following its issuance.

The general rate of corporate tax in Spain is 25%. Newly formed companies pay 15% for the first two years of business. However, a reduction of 10% tax may be granted to profits locked into a special reserve for five years.

Companies must file tax returns within six months and 25 days after the end of the accounting period. Payment is by installments in April, October, and December, each installment usually being 18% of the tax liability. Read more about taxes for freelancers in Spain.

The information given here provides a general overview only; you should always get professional advice from a Spanish financial professional concerning your specific circumstances.