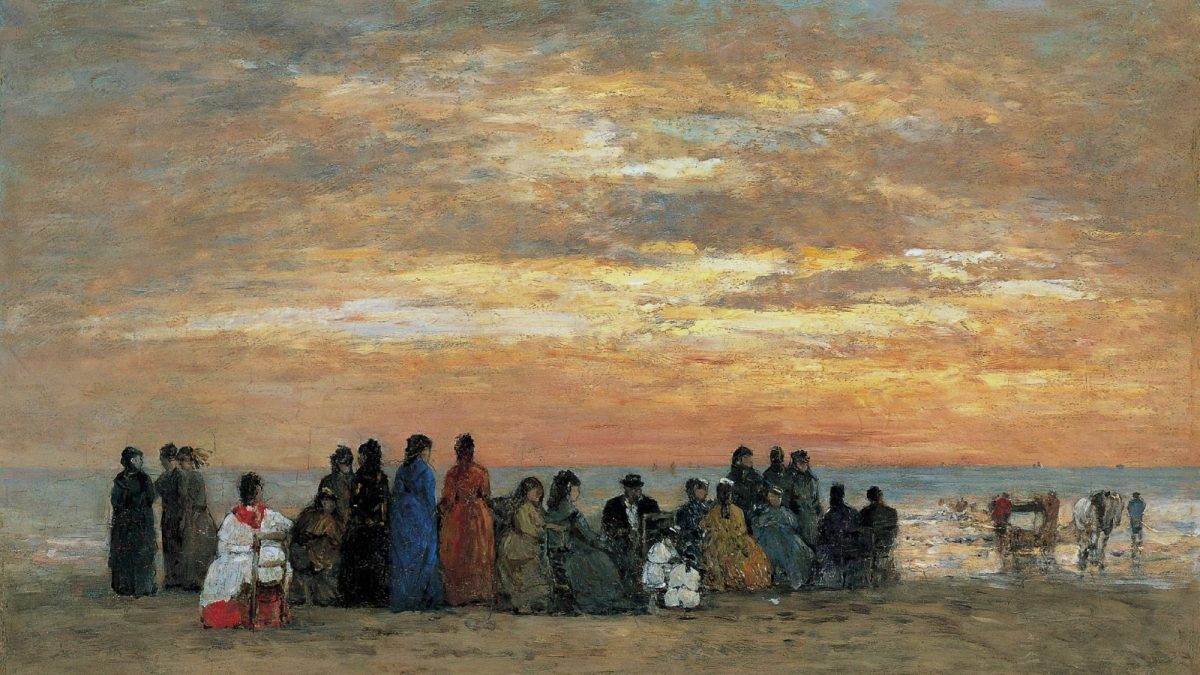 A hundred works review the careers of Boudin and Monet and show the origins of the impressionist movement. This pioneering monographic exhibition addresses the relationship between both artists.

Eugène Boudin (Honfleur, France, 1824 – 1898, Deauville, France) was one of the first French landscape artists to paint outdoors. At the age of 22, he was a full-time painter. The French painter, Claude Monet (Paris, France, 1840 – 1926, Giverny, France), one of the creators of impressionism, grew up in Le Havre, where he met Boudin. He was aware of his talent, but he did not think that he should devote his work on making caricatures. For this reason, Boudin persuaded Monet to visit him in Normandy and they painted landscapes together.

Both artists painted outdoors and learnt a lot from each other. An example of the similarity between the works of the French artists can be seen in The Meuse at Dordrecht (1882) by Boudin and in The Regatta at Saint-Adresse (1867) by Monet.