Home Living in Germany Cultural Integration The good, the bad and the ugly (part 1)
Last update on January 21, 2020
Share

No, I’m not going to discuss Spaghetti Westerns today. I’m going to list some of my expat likes (the good), dislikes (the bad) and major gripes (the ugly) related to living in Germany. Although I’m going to start with ‘the bad’, you should know that my ‘good‘ list is even longer in length.

There are regional differences for some of the items you will see here. Germany is no more monolithic than the USA. Conservative Munich is not really anything like free-wheeling Berlin. But I have tried to list things that generally apply, and note those things that may be more regional in nature. Everyone’s good and bad list will be unique, but there are many cultural things that all expats in Germany can relate to. And I’d like to point out that I could make a similar list for life in the US. In fact, this German list is in part a commentary in reverse on life in the US.

I have travelled a lot all across Germany over the years. But time marches on, and the list I’m making now is not the same list I would have drawn up a year ago or five years ago, much less a decade ago. If you want to see a more neutral comparison of US and German culture, see our six German Way cultural comparison charts, starting with driving.

My list is not in order! Item one is no better or worse than item six in the list, whether good, bad or ugly. For that reason, there is no order for the list. Okay, here we go with Part 1: The Bad.

The Bad: Things I dislike about expat life in Germany 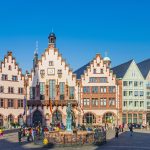