The International Baccalaureate Diploma (IB programme) prepares students for a globally competitive age, in an environment surrounded by international schools. Graduates of an IB programme will increase their chances to study abroad in a country and university of their choice.

Entrance to top universities has become increasingly competitive in recent years as more and more countries can afford to send their youth abroad to be educated. These trends mean that students need to prepare well in advance to achieve a quality place at a higher education institution. In some countries, students start early by learning a foreign language from kindergarten age. Achieving fluency in the language will ensure entrance to a foreign university. As well as developing their academic ability, students who wish to study should consider developing  ‘soft skills’, such as leadership, organisation and self management, community-mindedness and communication, all of which are core elements of the ‘International Baccalaureate’ (IB) Diploma qualification, a qualification which has steadily grown in popularity over the past ten years.

The International Baccalaureate, founded in 1968, is an international education programme which is available to a worldwide community of schools. The IB Organisation offers three programmes for students aged three to 19 years: the Primary Years Programme, the Middle Years Programme and the Diploma. Each programme places emphasis on developing the intellectual, personal, emotional and social skills children need to live, learn and work in a rapidly globalising world. Because of its international nature, the IB is often favoured by students whose families have relocated or are relocating abroad. Across the world today, there are approximately 752,000 students at 2,732 schools in 138 countries following the IB Diploma programme.

IB programme for students of 16–19 years

The Diploma Programme for students of 16 to 19 years is a demanding two-year curriculum leading to a qualification that is recognised by leading universities around the world. The IB Diploma is enquiry-based, a method encourages students to ask challenging questions, develop a strong sense of their own identity and culture, and develop the ability to communicate with and understand people from other countries and cultures. The combination of qualities developed by the IB Diploma, including self management and creativity, explains why the IB Diploma is considered a solid preparation for university-style learning. Over 60 percent of admissions officers in the UK claim that the IB develops self-management skills more effectively than more traditionally-used educational programmes.

The IB programme in schools

Schools teach the IB programme either in English, French and/or Spanish and students can study six subjects selected from subject groups, three at standard level and three at higher level.  This must include a second language, maths and science. There are also three additional core requirements: extended essay – a 4,000 word essay on a topic of the students choice; theory of knowledge – a course exploring the nature of knowledge across disciplines, encouraging an appreciation of other cultural perspectives; creativity, action and service – a course  which requires students to complete 150 hours of work outside purely academic learning. It can include artistic pursuits, sports and community service work.

STEM education for primary and secondary students in Switzerland 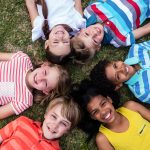 The advantages of an early bilingual education in Switzerland